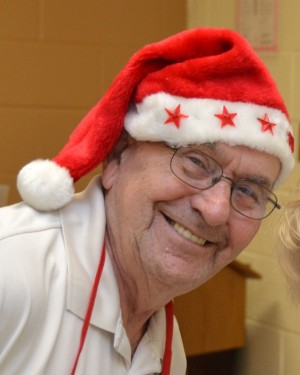 – Oktoberfest at the Komoka Community Centre was a sell-out with 330 attendees.
– Halloween at Camp Kee-Mo-Kee was a huge success with about 400 kids attending.
– We served breakfast to 622 people during Breakfast with Santa
– 80 players showed up for Turkey Bingo
– Family Day in Kilworth Park drew about 600 people who enjoyed the ice skating, games, trolley rides, music and food that we had organized.
– Our club started its own Facebook page and had 213 friends by the end of the year.
– We sponsored Rocks and Rings at Parkview school to introduce kids to the sport of curling.
– We donated 2 iPads to the Child Life program at Children’s Hospital.
– A cheque was presented to the Mankulich family of Kilworth who lost their home to a fire.
– BBQ and bartending at the Fleetwood Country Cruize-in.
– Junior Golf, Spelling Bee, Bike Rodeo, Canada Day, Youth in Government and Bingos

Unfortunately, we also lost our President, Eugene Hathaway part way through the year. A tree was
planted near the Community Centre in his memory.